The Lowline is prototyping new solar tech in hopes of turning its underground park dream into a reality.

The initiative aims to convert an abandoned 1900s underground trolley terminal in the Lower East Side into an acre-wide park and reclaim this unused space for public good. Though it’s been neglected for so long, it’s still structurally sound. But in order for an underground park to spring up below the city streets, clever technology would be needed to harness the power of the sun. 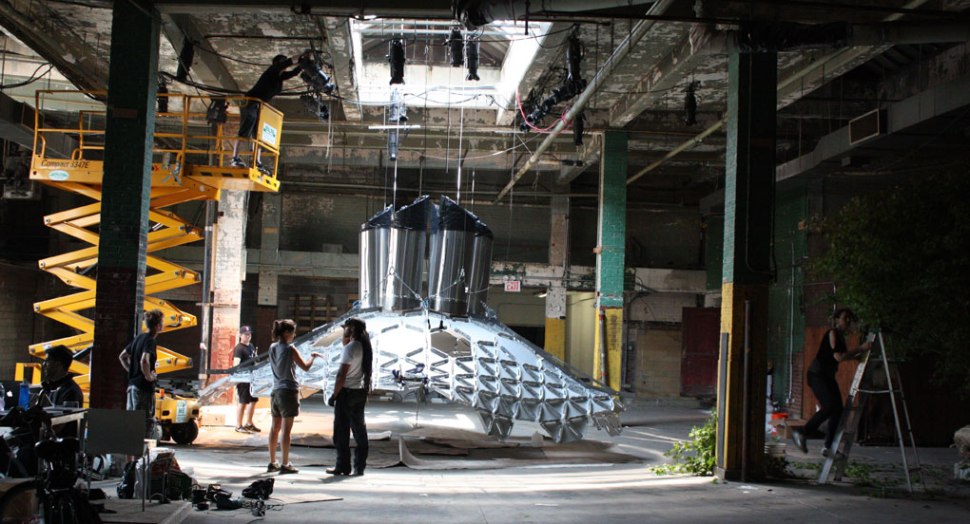 The Lowline team has been researching ways to reflect sunlight underground. In 2012, the team built a full scale prototype using a distributor dish in an abandoned warehouse in the Lower East Side. The concept involved a series of reflective parabolic dishes set on trackers collecting the sunlight, which was then transmitted through a fiber-optic cable to a dome that reflected and distributed the channeled sunlight onto the area below. 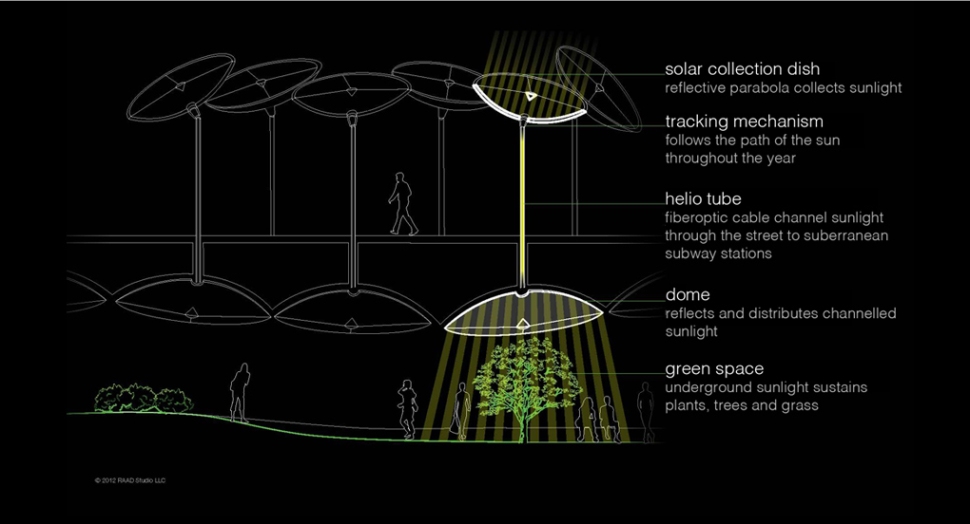 The team believes the system has the potential to reflect enough light for plant species to survive but they need more research, and, well, money. That’s where their new Kickstarter campaign comes in, this time aiming to raise $200,000 to build “The Lowline Lab” to back their experimentation.

The next stage of the project will see the installation of three solar collection systems on the roof of an abandoned former warehouse space. The systems will be connected to a tube-based distribution system and a 12 meter-wide canopy inside the building.

The team claims this research will be critical to their understanding of how much light can be gathered and filtered and plans to conduct tests for six months beginning in September 2015. Because the testing will take place during the fall and winter, the team will also be able to evaluate how well the technology could perform in New York City’s harsh climate.

The Lowline seems more like a dream than a reality right now, but the project is an example of how technology can transform our cities in the 21st century alone. And I for one think an underground park in New York City would be pretty awesome.